Possibly the BEST surgery for your dog’s knee

The most common knee injury in the dog is rupture of the Cranial Cruciate Ligament (CCL), also frequently referred to as the Anterior Cruciate Ligament (ACL). This injury can occur at any age and in any breed, but most frequently occurs in middle-aged, overweight, medium to large breed dogs. This ligament frequently can suffer a partial tear, leading to slight instability of the knee. If this instability goes untreated, it typically leads to severe arthritis, complete rupture and possibly damage to the medial meniscus of the knee. (The meniscus acts as a cushion in the knee) Complete rupture results in front-to-back instability, commonly called Tibial Thrust, and internal rotation of the lower leg, commonly called Pivot Shift. Untreated legs usually become very arthritic and painful from the instability.

An injured Cruciate Ligament can only be corrected by surgery. There are numerous surgical corrections currently being performed. The most common are:

This article will focus on the TTA, which is the newest procedure, and probably the best repair for most dogs. Visit our YouTube page to see how well our patients like Zen do after the TTA procedure

The forces within the knee are very complicated and change as the knee is rotated through its range of motion. In a normal standing position, there is a tendency for the lower end of the Femur to slide backwards on the tilted Tibial Plateau, this is called Tibial Thrust. This force can be corrected by either cutting the Tibial Plateau and rotating it into a more flat position (TPLO) or by counteracting this force by changing the angle of pull of the very strong Patellar Tendon by advancing the Tibial Tuberosity (TTA).

It has been shown that the TPLO procedure can still allow rotational instability (Pivot Shift) and this may lead to the progression of arthritis as the dog ages. This Pivot Shift does not seem to be a problem with the TTA procedure because it results in more control of rotation by the large quadriceps muscle which pulls on the Patellar Tendon. The difference in the physics has been worked out quite well by researchers. Anyone interested in the details can easily find them by doing an internet search on “TTA vs. TPLO”.

The normal Knee Joint (also know as the Stifle joint) has multiple structures which are important to its function. This drawing shows a view from the front with the muscles removed. It is important to note that the Patellar Tendon, a vital structure in the joint has been removed so that you can see “behind” it. The Patellar Tendon is a thick, tough band that runs from the Patella (green dot) to the Tibial Tuberosity (red dot).

1.  Normal Joint: The normal joint, viewed from the side, shows the upper bone, the femur and the lower bone, the tibia. The Tibial Plateau is the actual point of contact between the femur and the tibia. In this diagram, the Patellar Tendon is clearly visible. It is this structure that must offset the abnormal forces that are created with a rupture of the cranial cruciate ligament.

2.  Typical Joint Angle: In the typical joint, the angle formed between the Tibial Plateau and the Patellar Tendon is about 115 degrees when the leg is in a normal standing position.

3.  Corrected Angle: The abnormal motion that occurs in a knee with a torn cruciate ligament is called Tibial Thrust. After the TTA Surgery, the corrected angle is now 90 degrees, which will offset the forces in the knee that tend to make it unstable.

4.  Surgical Appearance: This diagram shows the knee once it has been stabilized with the appropriate Titanium implants. These implants are very lightweight and are designed to stay in permanently.

For the last 25 years, the TPLO surgery has been the treatment of choice by many veterinary surgeons when dealing with CCL injuries.  However, a newer technique known as the Tibial Tuberosity Advancement (TTA) has gained tremendous support over the last 10 years.  With close to 250,000 TTA repairs performed worldwide, and as many surgeons increasingly prefer this procedure over the TPLO, it is becoming recognized as equal, if not the superior technique for stifle stabilization.  The tendency for surgeons to recommend the TTA as the preferred procedure in dealing with CCL deficiencies has been based on the following factors:

Dr. Turpel has successfully completed numerous comprehensive TTA training courses under the tutelage of Dr. Slobadan Tepic, the innovator behind the procedure. Twenty-three years of orthopedic surgical experience involving well over 2,000 orthopedic procedures, in conjunction with this training, ensures that he possesses adequate skills and experience to perform the TTA proficiently. After completing hundreds of TTAs and witnessing first hand the patient’s rapid return to function and minimal complication rate, he is confident that this procedure will continue to become the treatment of choice for an increasing number of surgeons in treating  CCL deficiencies. For a detailed outlook on Dr. Turpel’s surgical background please see his biography.

Call us today to book an appointment or to learn more about your treatment options for Cranial Cruciate Ligament Injuries or any other surgical services provided by our expert team of veterinary surgeons. 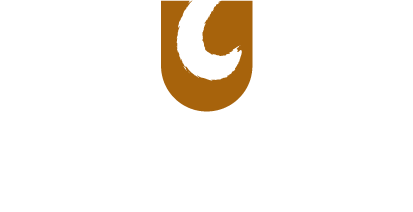 We understand your pet is more than an animal living in your home. Your pet is a part of your family, your best friend, an extension of who you are. 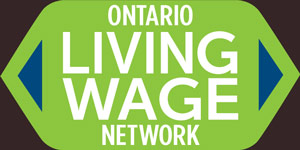